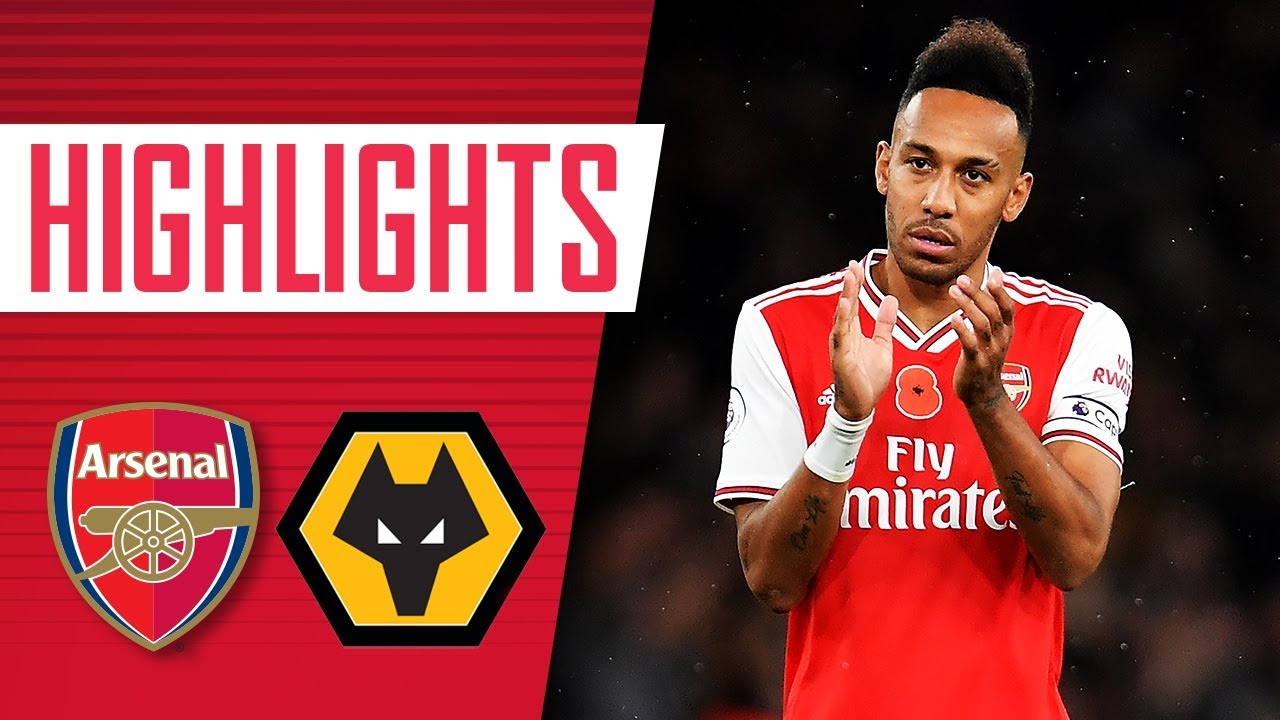 Pierre-Emerick Aubameyang scored his 50th goal for the club – but Wolves hit back to snatch a point at the Emirates.

Our top scorer reached his milestone with a typically smooth finish from Alex Lacazette’s pass. For a long while it looked like being enough but, for the third game in a row, we let a lead slip.

On this occasion Joao Moutinho got free from a throw and crossed for Raul Jimenez to head past Bernd Leno.

This was a game that ebbed and flowed and, admittedly, Wolves started the stronger.

It took us 18 minutes to register a shot but, once we had, we found our groove. Three minutes later we had the lead.

David Luiz made inroads down the right, his low ball in was collected by Lacazette and moved on to Aubameyang, lurking 12 yards out.

The finish was exceptional, our top scorer adjusting to a minor flick off a defender to sidefoot first-time past Rui Patricio.

Having reached his half-century, Aubameyang could have moved onto 51 but missed a presentable chance after shaky Wolves defending.

With Mesut Ozil influential, we were on top. But the visitors restored their supremacy at the end of the half, and we needed a brilliant save from Leno to keep out Matt Doherty.

Wolves forced us back again after the break, but we dealt with the pressure fairly comfortably.

That was until Moutinho found space on the right and Jimenez climbed highest to beat Leno.