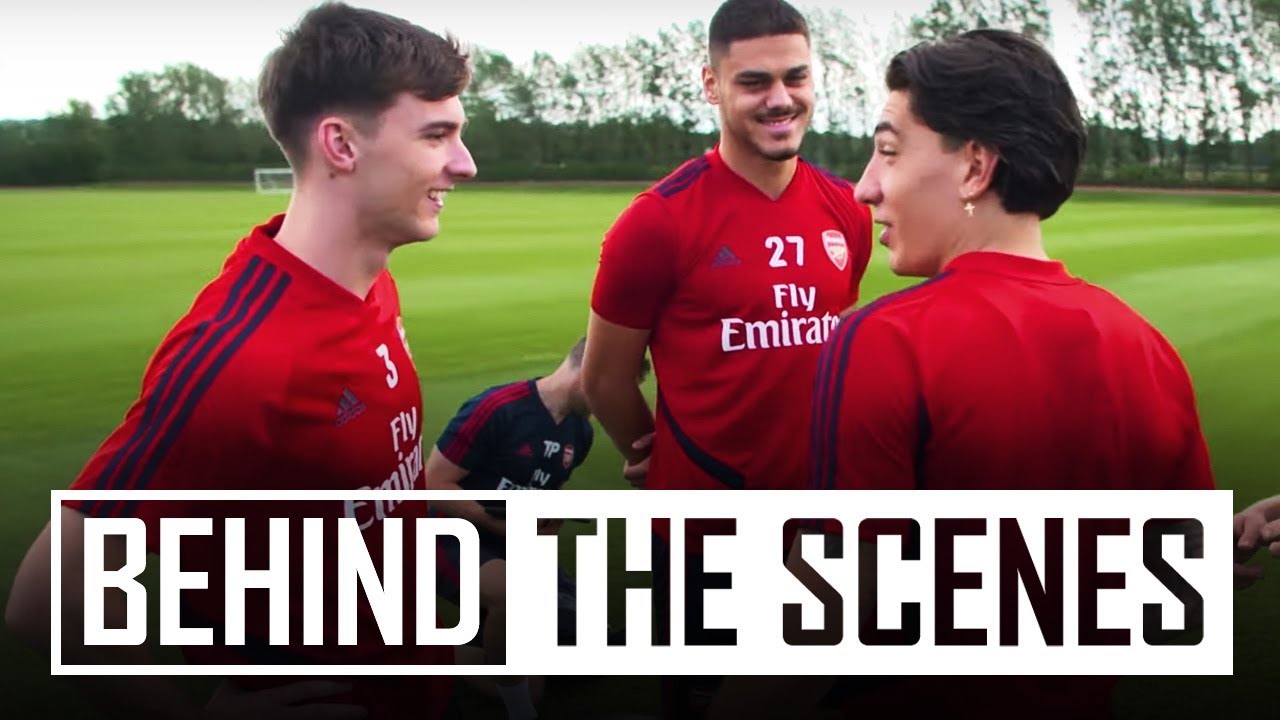 New signing Kieran Tierney trains at Arsenal training centre for the very first time, and is joined by Hector Bellerin and Dinos Mavropanos as they continue their rehab from injury.