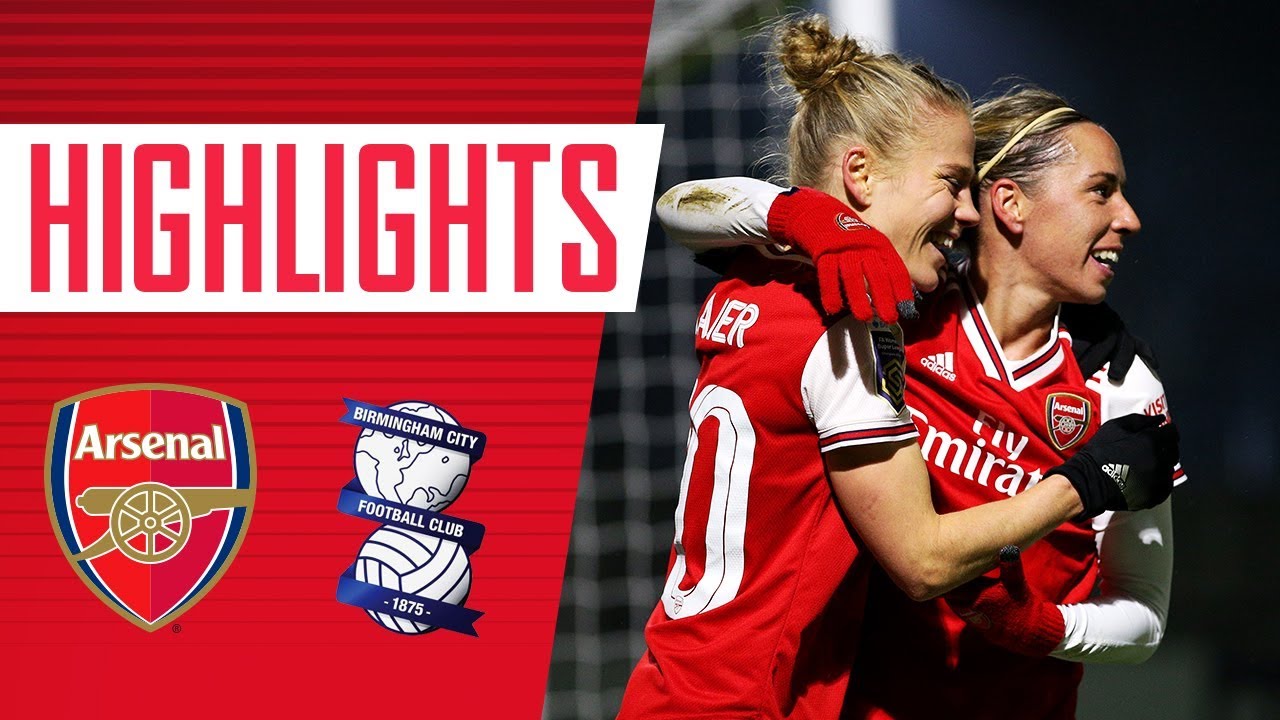 The run stretches back to last season, and includes two wins over Manchester City and an 11-1 thrashing of Bristol City.

We started the match brightly and took the lead inside 10 minutes when Vivianne Miedema crossed superbly into the box and to find Kim Little, who headed home.

Miedema came close to doubling our advantage when Leah Williamson skipped past a challenge on the halfway line to pick out our striker with a cross-field ball. Miedema then controlled well, and flicked the ball over the defender, but saw her chipped effort sail over the bar.

But shortly after, our second goal arrived in style. Williamson again played a great ball behind the Blues‘ backline to find Jordan Nobbs, who looped a first-time strike over Hannah Hampton and into the net.

With 15 minutes remaining of the first half Nobbs thought she had doubled her tally when Danielle van de Donk won back possession and squared the ball to our midfielder. Nobbs tucked it away neatly but the linesman judged her to have been offside.

Moments later, Miedema came inches from scoring when she controlled the ball with her back to goal and spun her marker, but her powerful effort cannoned off the crossbar.

Ten minutes after the restart, Miedema collected the ball midway through Birmingham’s half, drove into the box and saw her low effort matched by Hampton who made a good save down to her right.

The visitors came close to pulling a goal back when Pauline Peyraud-Magnin was caught on the ball inside our box, but before Lucy Whipp could pull the trigger, Williamson made a well-timed clearance to avert the danger.

In the closing stages, Hampton thwarted Miedema again after our striker collected the ball in the box, took a touch, but saw her strike held by the Blues’ goalkeeper.