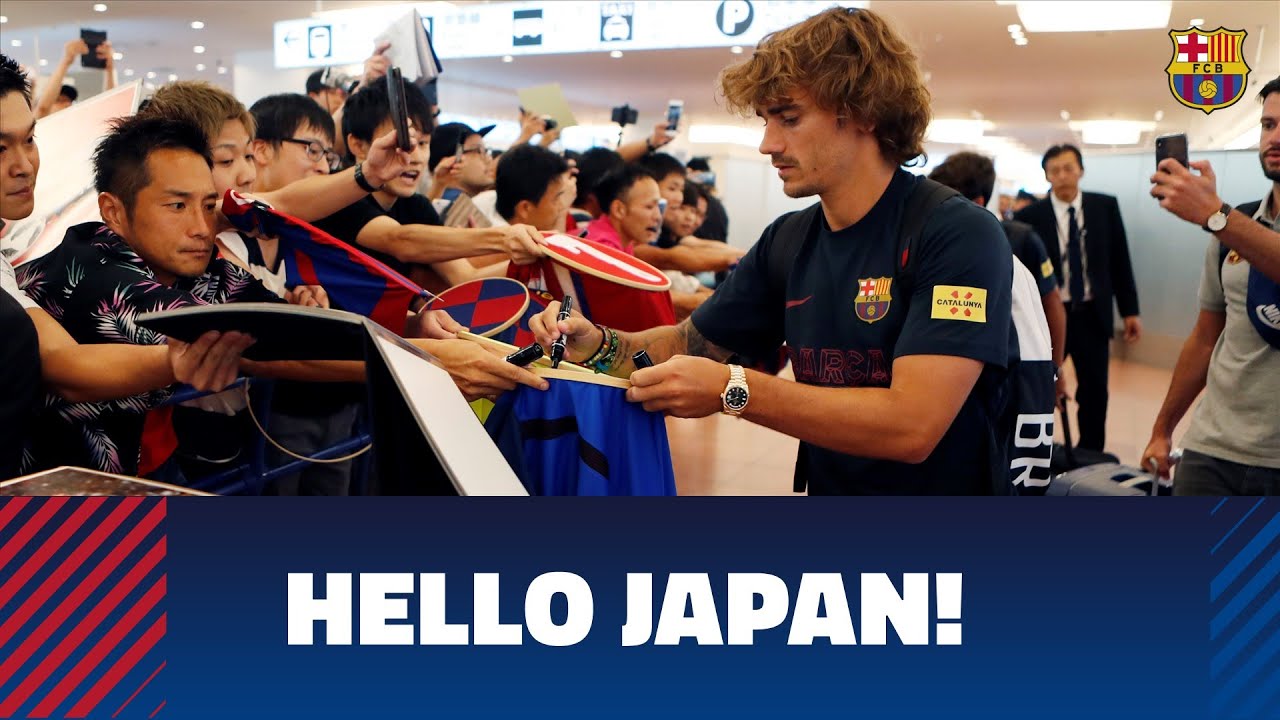 Barça are in Japan. Barça’s flight to Tokyo and the starting point for the FC Barcelona Japan Tour 2019 Presented by Rakuten landed at Haneda Airport in the Japanese capital at 12.20pm local time. The 13-hour flight crossed half the globe, flying over the cities of Rome, Tashkent and Beijing, before landing in Tokyo, where the temperature was 27º C and with 80% humidity.

There are 17 players available from the first team and nine from Barça B, and they will play two games against Chelsea (July 23, Tokyo) and against Vissel Kobe (July 27, Kobe). The latter is the team of former blaugranas Andrés Iniesta, David Villa and Sergi Samper.
—-
FC Barcelona on Social Media
Subscribe to our official channel
Site:
Facebook:
Instagram:
Twitter:
Viber: