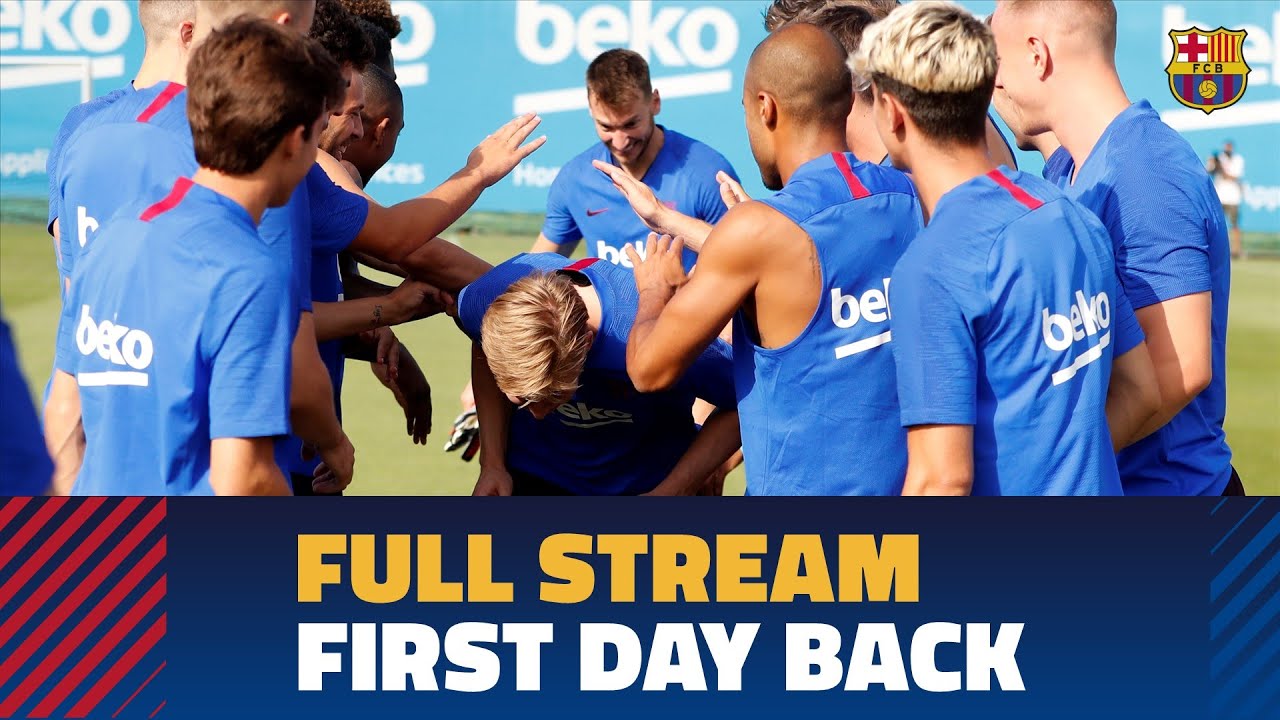 The 2019-20 pre-season is underway for FC Barcelona. It began on Monday morning at the Ciutat Esportiva, where the first of two sessions scheduled for the day was completed by all available first team players, including the newest incorporations, Frenkie de Jong, Neto, and Antoine Griezmann.