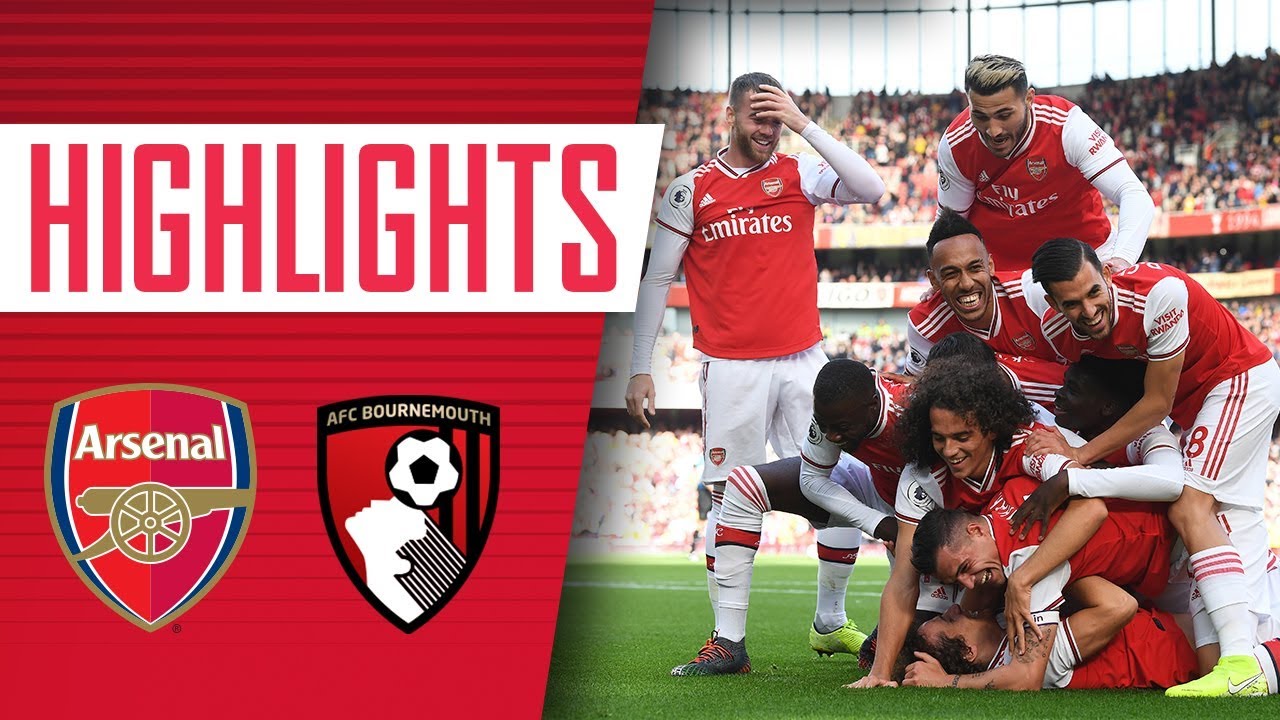 David Luiz’s first goal in an Arsenal shirt saw off Bournemouth and propelled us up to third in the Premier League.

The Brazilian – signed from Chelsea in the summer – met Dani Ceballos’ corner from the right-hand side and placed his header to perfection, beyond the dive of Aaron Ramsdale and into the bottom corner.

Pierre-Emerick Aubameyang had already gone close as we started the match brightly, and Pepe curled a shot just beyond the top corner at the end of a Matteo Guendouzi-inspired move.

Bournemouth arrived with attacking intentions but they only really came to life in the second half.

Callum Wilson snaked his way to the byline and rolled a dangerous low ball across our six-yard box, and Calum Chambers intervened brilliantly to clear Joshua King’s cross away from danger.

The visitors sensed an equaliser but we defended stoutly to earn a clean sheet, and we almost grabbed a late second when Aubameyang hit the post.