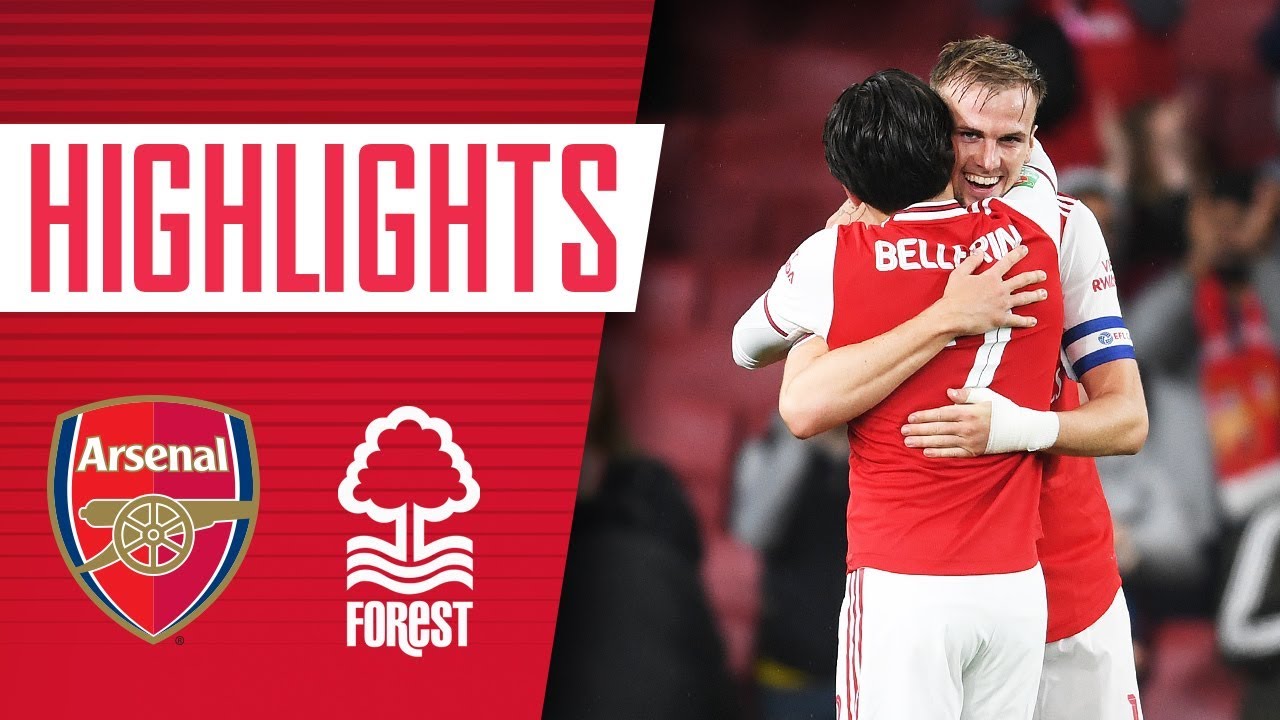 Holding, Tierney and Bellerin are back! | Arsenal 5-0 Nottingham Forest | Goals and highlights

Rob Holding and Hector Bellerin enjoyed fairytale returns to the first team with a goal and an assist respectively as we cruised into the fourth round of the Carabao Cup.

After the livewire Gabriel Martinelli opened the scoring in the first half, the stage was set for Holding to double our advantage after the restart.

It has been a long road back for the 24-year-old after he suffered a serious knee injury at Old Trafford back in December, but all the hours in the gym, all the graft in rehab had been leading to this moment – and he enjoyed every moment of it.

Bellerin also made his own first-team comeback, coming on to replace the excellent Kieran Tierney with 14 minutes remaining – and within 30 seconds he had an assist, setting up Joe Willock to score from close range

We also saw a fine debut from Tierney too, who was at the heart of everything we did well during an entertaining first half.

The Scotland international almost instantly had the crowd off their feet over on the left touchline by skipping past his marker with his first few touches of the game, and it was a sign of things to come.

The left-back looked rock solid at the back and a real threat going forward, sending in a string of threatening crosses that deserved to be finished off.

We finally broke the deadlock just after the half-hour mark when Reiss Nelson found Calum Chambers in the area. The defender’s first-time volleyed cross was expertly guided towards Martinelli to head into the top corner.

It was a moment to remember for the teenage Brazilian forward, and was just reward for an energetic showing through the middle.

Emile Smith Rowe also went close with a brave header from a Tierney cross, but had to be stretchered off after coming off worse from the challenge with Arijanet Muric.

That was the only black mark on an otherwise enjoyable evening – and we still had time to score two more. Nelson latched onto a drilled pass from Chambers and finished off a flowing move, before Martinelli fired a deflected effort past Muric from distance to seal our place in the next round.