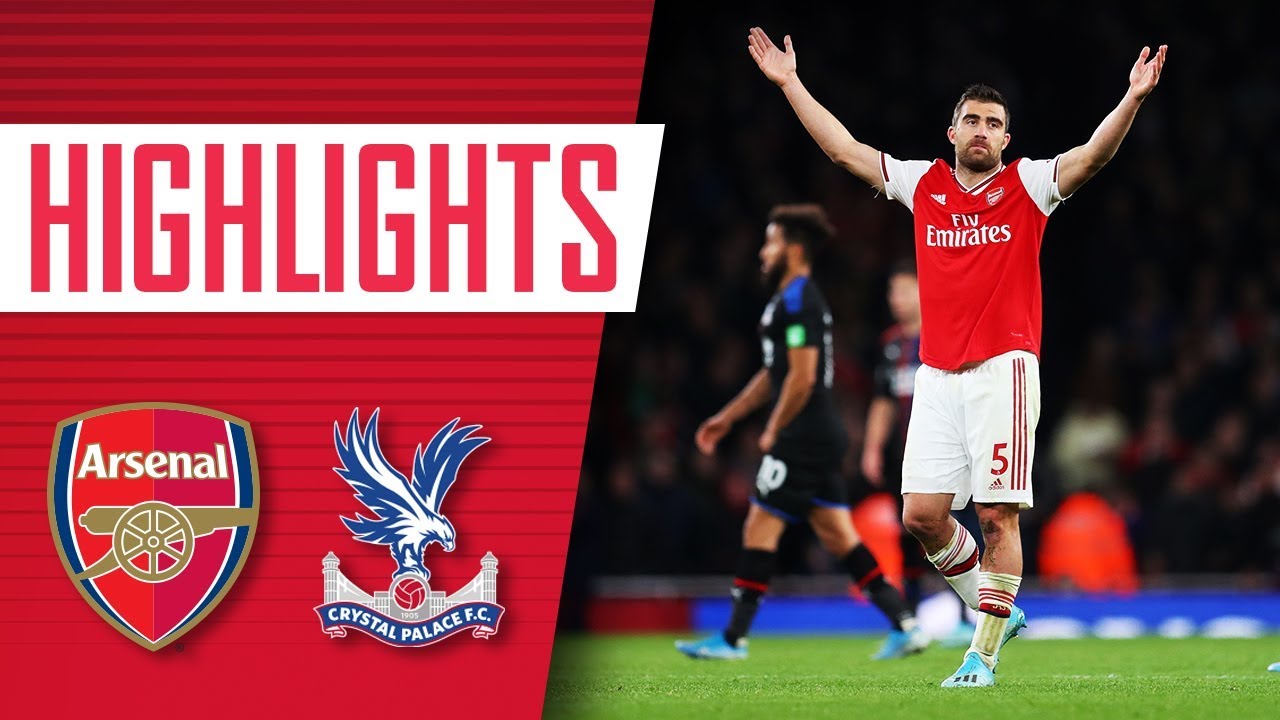 A flying start was not enough to secure three points as we lost further ground in the Premier League.

Goals from each of our centre backs in the space of 106 seconds had given us a solid foundation to go on and win this game.

Sokratis – marking his 50th appearance – thumped in the first after Palace failed to clear Pepe’s corner. And David Luiz converted the second from close range after another Pepe corner was headed on by Alex Lacazette.

We didn’t create that much in open play but we looked pretty secure until the match turned on a VAR decision.

Wilfried Zaha went down under a challenge from Calum Chambers inside the box and was initially booked for simulation. But replays suggested Zaha should have had a spot kick and the decision – and the yellow card – were overturned.

Luka Milivojevic is ruthless from 12 yards and hauled Palace back into the game with a minimum of fuss. And their comeback was complete when James McArthur got down the left and clipped over a cross for Jordan Ayew to apply a simple finish.

We regrouped and pressed for a winner, and looked to have got it when Sokratis blasted in after yet another corner.

The celebration was long and loud, but VAR intervened again and the goal was disallowed.

This is the Official YouTube channel for Arsenal Football Club. This channel will aim to showcase the personality of Arsenal Football Club and give fans more of an insight into what it’s like to be at this fantastic club. This channel will look behind the scenes and get closer to the likes of Pierre-Emerick Aubameyang, Nicolas Pepe, Alexandre Lacazette, David Luiz, Mesut Ozil, Bernd Leno, Dani Ceballos, Granit Xhaka, Hector Bellerin, Matteo Guendouzi and more.