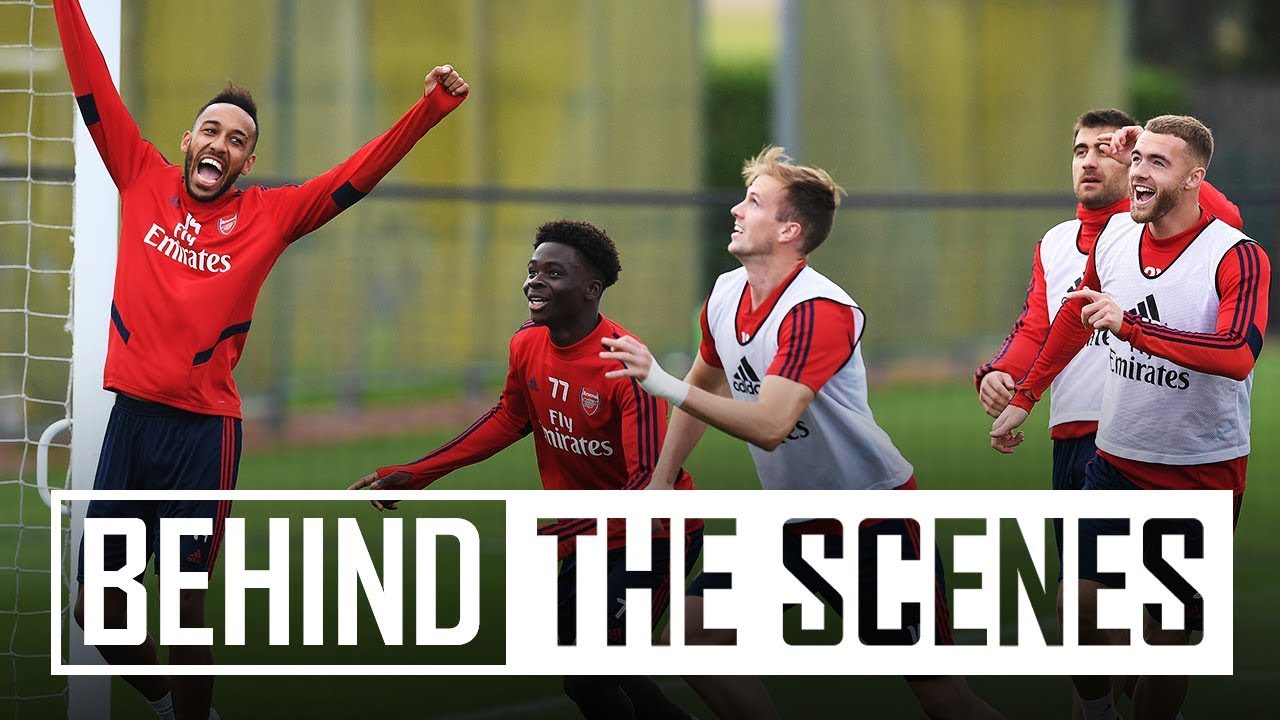 Go behind the scenes at Arsenal Training Centre as members of the squad who weren’t involved against Standard Liege take part in a 6-a-side match.